Chestnuts From Our Family Farm to You

A 4 minute video tour of our Italian Marroni Chestnut orchard taken on October 7, 2009, just as harvest is getting underway. 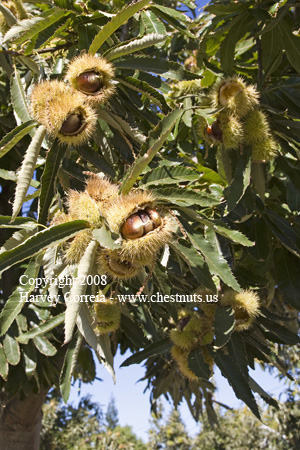 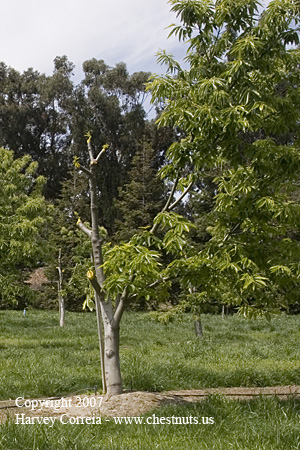 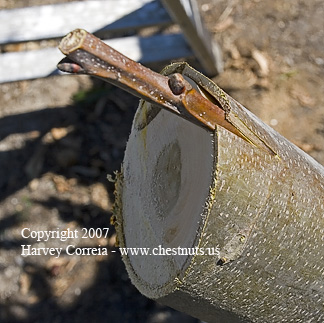 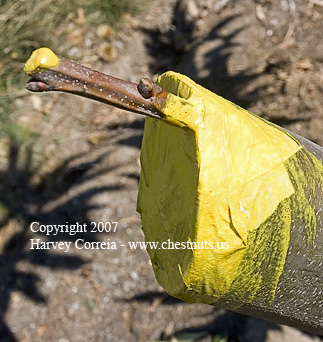 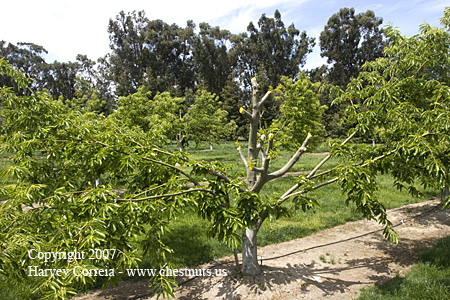 Some of the grafts Harvey made were 15 feet above ground level!  This photo shows the upper portion of the tree grafted to Italian Marroni while the large lower branches are still the Colossal variety.  The lower branches were grafted about two months later after the top grafts had two or three feet of growth on them. 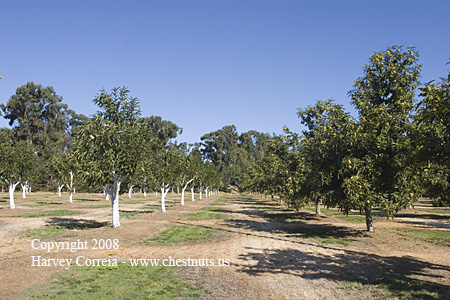 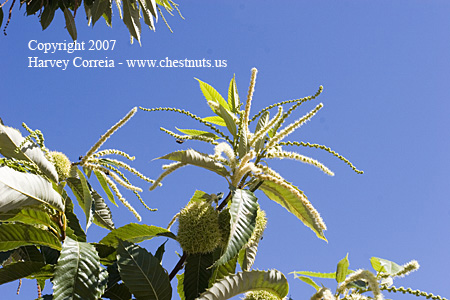 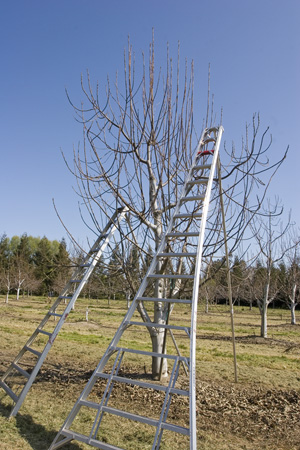 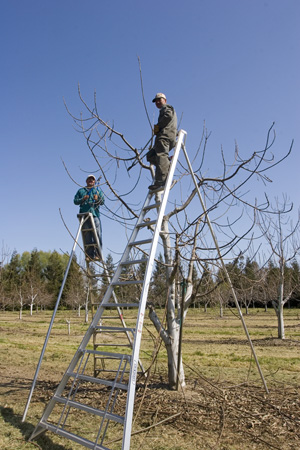 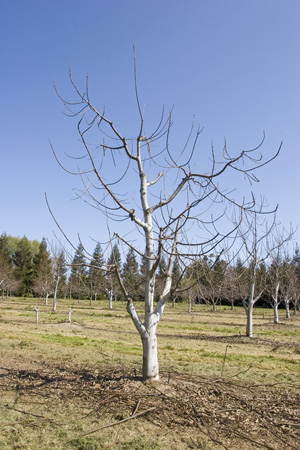 March 2010 photo during pruning of tree grafted to Marroni in spring of 2007.  Pruning is performed annually to remove weak or poorly-placed branches, maintain a strong tree structure, and limit production to minimize production of very small chestnuts.  Note that ladders used are 12 feet and 16 feet tall.